At some point in the distant past, there was a woman... Her name was 'Mitochondrial Eve.' That's actually a scientific term. Her daughters, whether due to natural selection or random chance, collectively form the mothers of all humans present in the world today. Here's how this works: 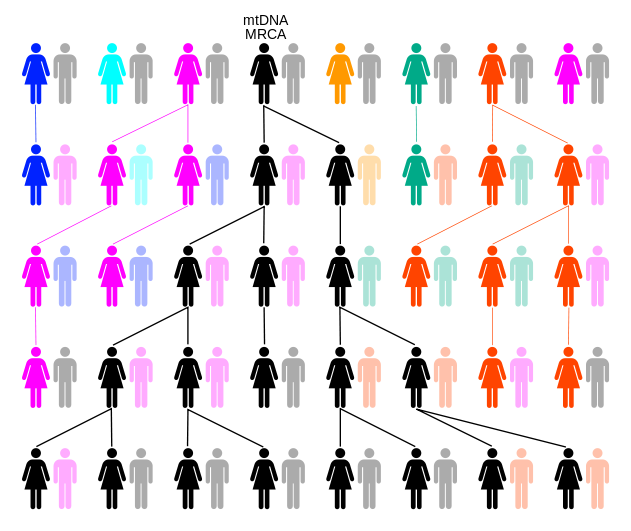 Similarly, there's Y-Chromosomal Adam (which just sounds less cool for some reason). All men, since women don't have a Y-chromosome, can trace their patrilineal descent back to Adam who forms the most recent unbroken chain of descendants for the Y Chromosomes in all men born today.

Adam and Eve did not live during the same time period. The most recent Adam is dated to roughly 200k years ago, around the time of the emergence of anatomically modern humans. Adam and Eve are constantly shifting forwards and backwards in time as we sequence the DNA of various populations around the world and discover new lineages.

Here's a map showing where the mtDNA (Eve) branches are most prevalent in the world prior to European colonization: 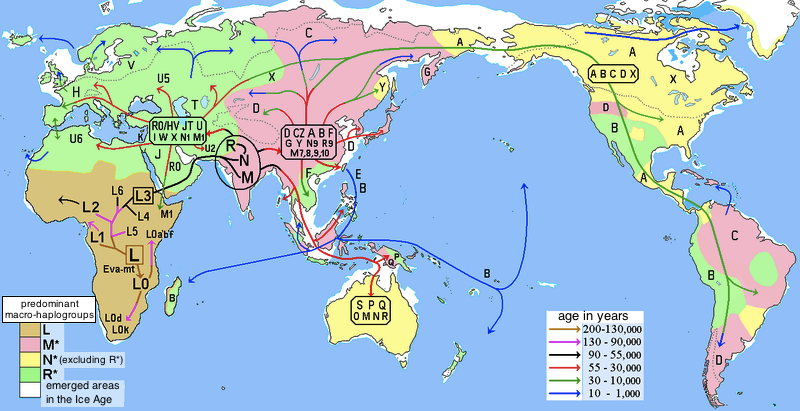 Here's a map showing where the Y-DNA (Adam) branches are most prevalent in the world prior to European colonization: 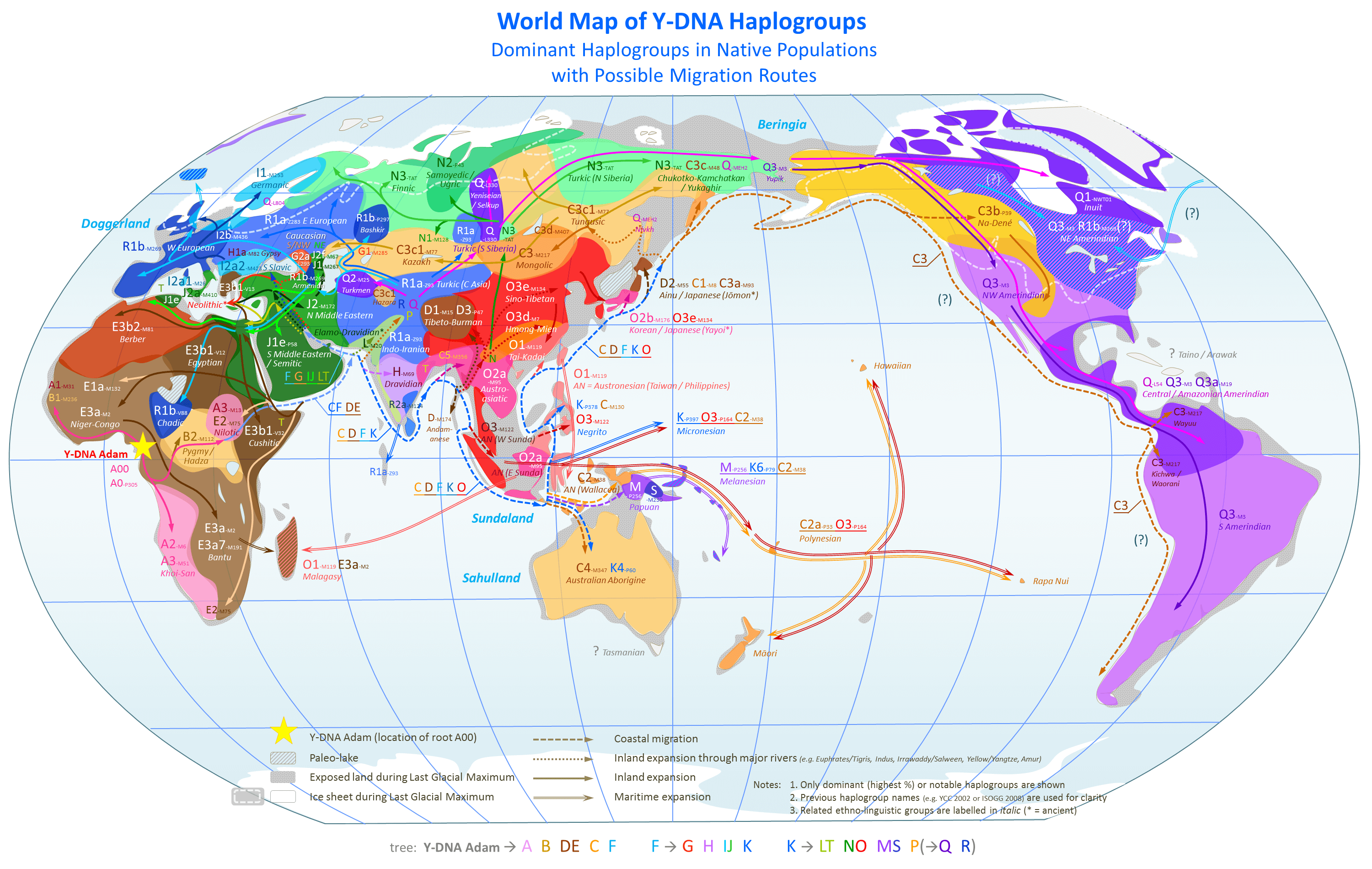 Both the Y-DNA and mtDNA lineages of our ancestors have a deep branch in the vicinity of West Asia somewhere in the Caucasus Region. Here's a blown up map of Y-DNA lineage:

The R haplogroup in particular is interesting because it corresponds strongly to our understanding of how human language evolved over time. It is believed that somewhere in the Caucasus Mountains, a Proto-Indo-European language originated 2, and long before DNA sequencing was widely available, linguists, based on the pronunciation and symmetry of words among various Indian - Iranian - European languages came up with a human migration map that looks something like this: 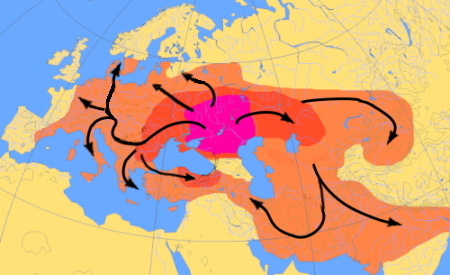 You can pretty much trace the R haplogroup boundaries over the theorized Proto-Indo-European language and find a nearly synchronous map.

But could that be just be a random coincidence?

So Finland is a interesting country... Aside from holding off the Soviets in two badass Winter Wars that everyone forgets about, they also have the distinction of being part of an obscure Uralic language group that was theorized (prior to modern DNA testing) to have originated separately from the Proto-Indo-European Language.

See the current spread of the 'Uralic' language group here: 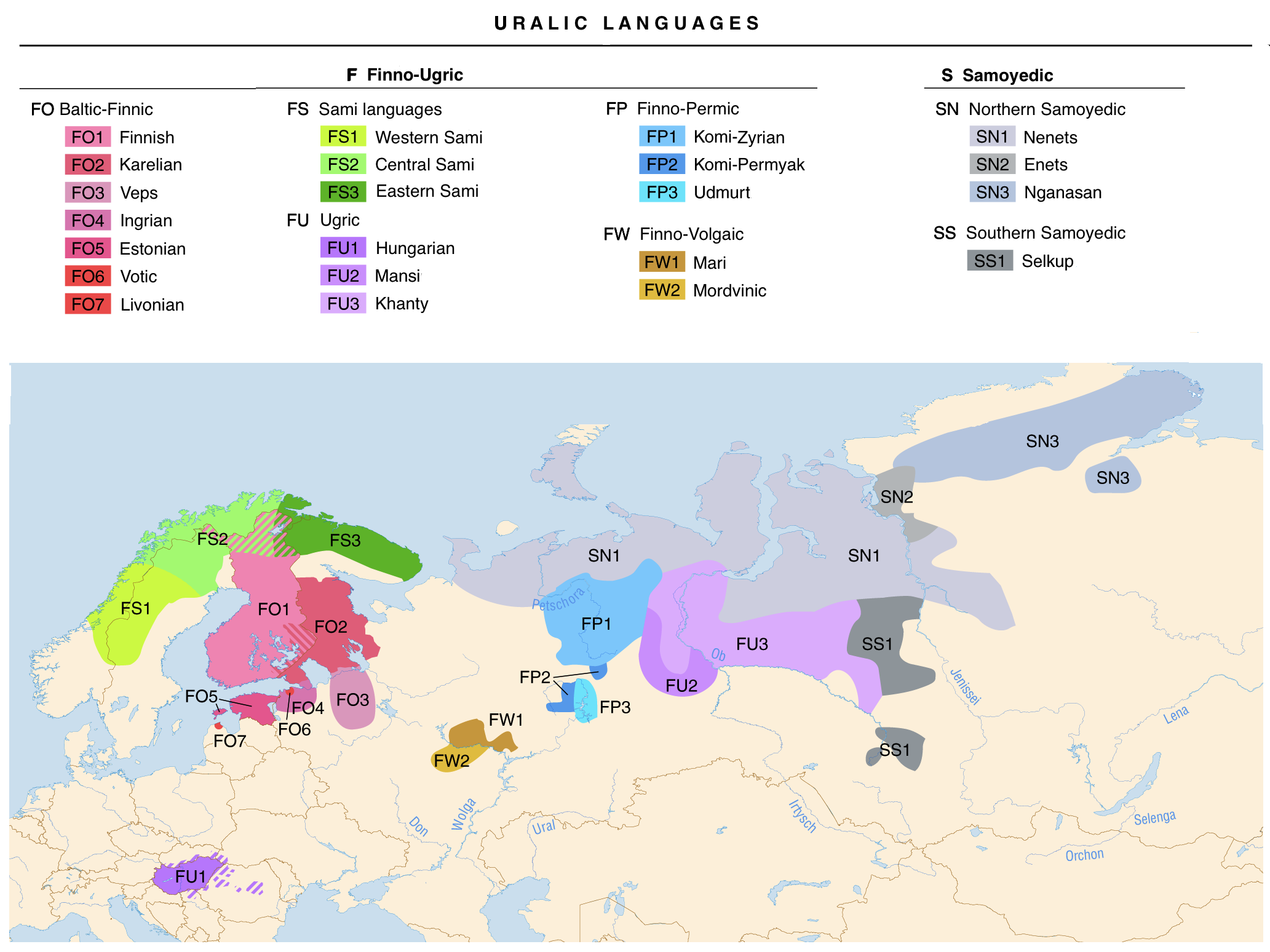 If you look at the N haplogroup of the male phylogenetic tree, it corresponds fairly well to where the Uralic languages are spoken today.

What does this mean? Well contrary to people who argue that race or ethnicity is an entirely social construct, there does seem to be a case for racial or ethnic 'tribes' based upon genetic and linguistic clusters formed by our ancestors. 3

The problem though, is that these tribal clusters have almost nothing to do with the way that we actually categorize people today.

We say that people are Caucasian. Well, there's a clear tribal cluster that in fact seems to have originated from the Caucasus Mountains. The problem is, the way we use this word colloquially excludes a large swath of Central Asian people who are of Caucasian origin, and includes a large swath of European people who are not of Caucasian origin. Finns, generally speaking, are not Caucasian. Punjabis, generally speaking, are.

Take southern Italy for example. As a genetic cluster, southern Italy is closer to the Middle East and the Arab Peninsula than it is to its northern neighbors. Greece is closest to Egypt. Germans and Iranians are closer genetically and linguistically than either groups might care to admit.

What does it mean to be Hispanic by the way? We usually understand this to mean someone who speaks the Spanish language or self-identifies with a Spanish speaking country. Well, that's not a genetic cluster. So why is the linguistic cluster 'Hispanic' next to the genetic cluster 'Caucasian' on things like affirmative action forms 4? If Hispanic is a checkbox, then the other options should be language groups like Germanic, Uralic, and Sino-Tibetan. Not Caucasian.

We are at a crossroads today. We can either double down on a set of tribal boxes to lump everyone into and develop greater sophistication in how we categorize each other, or we can accept that tribalism really has no place in public policy (like college admissions or border security 5).

The end game of tribalism is a future where we genetically test everyone. I'd personally rather not go down that route.

Yes, genetic-liguistic 'tribes' exist. But they should only remain relevant in the study of human anthropology and history.

1 We can trace the mtDNA back this far, because in human sexual reproduction mitochondria are inherited solely from the mother. This means that mitochondrial DNA is untouched by the genetic recombination process and that aside from random mutations, our mitochondria -- across the entire human race -- has literally been passed down from our most recent Mitochondrial Eve. See the wikipedia article - https://en.wikipedia.org/wiki/Mitochondrial_Eve

4 What is the goal of affirmative action anyway? To promote diversity on college campuses? Then get the tribal clusters right and genetically test everyone. That's the only way to ensure fair outcomes. Or perhaps the goal of affirmative action is to uplift disadvantaged people? If it's about uplifting people, then here's a crazy idea -- how about we do so based on criteria like family tax returns or what public school someone went to regardless of their genetic or linguistic heritage? Wouldn't that be more effective?

5 Our immigration policy has equally ridiculous inconsistencies. Our current president wants to shut down middle east immigration entirely, and many Americans support him. Why? Are middle-easterners as a race inherently more dangerous or prone to terrorism? Great, then let's screen out people from southern Italy as well. The Department of Homeland Security would love to create a national database composed of our DNA.